Skip to content
LATEST NEWS: Enola Holmes is Back in New Book, Enola Holmes and the Black Barouche out August 31!

As a child, I lived in Eden. I explored every inch of the fascinating brook that meandered crystalline amid wildflowers and willows to the swamp along the Passaic river where I discovered herons, hawks, muskrats, snapping turtles.

Coming home from school feeling bruised, I turned to the brook, the swamp, the fields of farmland and the deep forest on Riker’s Hill to comfort me. Until I was thirteen I ran like a freckled fawn where the owls lived, where the wild phlox grew, where sometimes frogs could be caught.

Then my family moved away. The place we left must have been the last remaining rural spot in Livingston, New Jersey. A year later we came back and I saw the trees bulldozed, the wetlands drained and the brook banished to a culvert, all for the sake of a housing development. I have grieved for Eden lost ever since.

Writing this, I realize for the first it might seem odd that, bullied in school, I turned to Mother Nature instead of my mother. I can say only that Mom and Dad were good people, but theirs was the old-fashioned farmhouse style of parenting. Dad worked to “bring home the bacon”; Mom painted pet portraits. They fed me, clothed me, and let me grow. Daily I did my chores, which included collecting warm brown eggs. Whenever a broody hen pecked my hand, I told my father, pointed out the culprit, then held her down while he chopped her head off. I watched her flap around, helped to pluck her feathers, and then my mother, gutting her in order to cook her, would show me the sand in her gizzard and the transparent egg she had not yet laid. We were matter-of-fact. No one cared about feelings, Education, yes.

I read at will from my parents’ large library, so that even when I was not outside I was still running wild — in the world of words. But no Disney for me. A television set arrived in the house when I was six, but I never turned it on; that was for my father to do when, nightly, we gathered as a family to watch for an hour. Aside from beautiful horses, nearly everything about cowboys and Indians traumatized me. I hated TV. Still don’t like it much. But, as I have said, when I was thirteen, we moved — to Gettysburg, Pennsylvania, where there was no more time for TV because my parents had acquired a small motel. The guidance counselor at my new school informed me, to my astonishment, that I was very bright. And wonder of wonders, my new classmates did not torment me. Overnight I transformed from an underachiever into a straight-A student. I still went outside every day after school, through farm fields down to a creek, but now I did it to walk Mom’s Sheltie dogs–mostly.

Still, I kept to myself. I skipped being a teenager — all those messy emotions; my parents wouldn’t have liked it. Instead, I cleaned motel rooms with them, read Steinbeck and Hemingway, drew wistful pictures of horses, taught myself to play guitar, practiced my violin. Also, I began to daydream so much, so graphically and so vividly that I worried about myself. 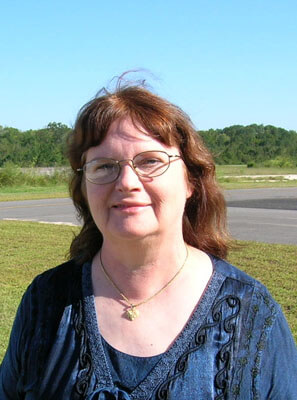 The daydreams continued right through college, although by then I was having some fun. Thanks to Twiggy I was no longer a joke, and I shocked my parents (about time) by becoming a fashionably long-haired, raccoon-eyed hippie. But beneath my ponchos and beads I had no beliefs, no causes, no clue as to life goals or emotions or love. So when a nice-enough boy named Joel Springer asked me to marry him, I said yes. That was what smart girls went to college for in the sixties, to be teachers or get married. I didn’t want to be a teacher so I got married.

Very shortly I discovered that marriage was not a cure-all. Those shivery-strong daydreams were still with me, so in an attempt to offload them I wrote my first fantasy novel. I had no ambition to be a writer; in fact I felt no authority to write — in English Lit we had studied only male novelists — but I couldn’t help it. Meanwhile, I had my first baby, Jonathan Paul, and upon making his acquaintance I experienced, to my bone-deep astonishment, an overwhelming emotion: love. Finally growing up, I admitted I might want to be a writer, sent out my first novel, and was published. For a little while I became my own world’s wonder. Over the moon. And pregnant again. This time a girl — perfect! — Nora Lynn.

But after the second baby’s birth, I had postpartum depression which escalated — let me put it this way: all the tantrums I had never thrown as a child, all the rebellions I had never rebelled as a teen, all the doors never slammed, angers never shouted, grudges never spoken, all detonated at once, attacking the only permissible target: myself. I wanted me dead.

I scared me sleepless.

It’s called clinical depression. The less said about the next several years, the better. Ultimately my writing saved me. Looking back, I can see myself gaining a little strength in each book. First, in the Isle fantasies, working out the yang and yin of good and evil. Then, starting in Wings of Flame, realizing that I was female, and later claiming power as a woman — in The Hex Witch of Seldom, Fair Peril, Larque on the Wing. Less depressed, I grew less interested the inner world of my psyche; I wanted to turn my vision outward, to the real world. I bought a horse. A horse! The childhood dream. And I started writing children’s books about horses, taking a break from fantasy.

My wonderful, thriving son and daughter, plus horseback riding, plus allowing myself to be human, plus the amazing and incomprehensible fact that people wanted to read what I wrote — all of this made me feel a whole lot better.

I kept growing more and more, not only as a self branching out socially but as a writer branching out into different topics and genres, now that I was writing for the love of it rather than out of desperation. In 1994 I had five different books released by five different publishers. In 1995 I won my first Edgar.

Stupid old story; I’d always sworn it wasn’t going to happen to me. Once I’d learned love from my firstborn, I worked hard at putting some into my marriage. For a while it seemed to work. But I had become a real person, no longer the passive waif my husband wanted, so a few weeks after my daughter started college I found myself completely alone in the empty nest. Then (honestly, a horror writer couldn’t have plotted it better) along came menopause.

Which dumped me into depression almost as awful as before. Again, the less said of the next few years, the better. Yet, during this ridiculously difficult time I wrote the best work I had done so far. With the encouragement of my wonderful agent, Jean Naggar, and the coaching of a brilliant editor, Michael Green, I completed I Am Mordred: A Tale of Camelot, then went on to write I am Morgan Le Fay. 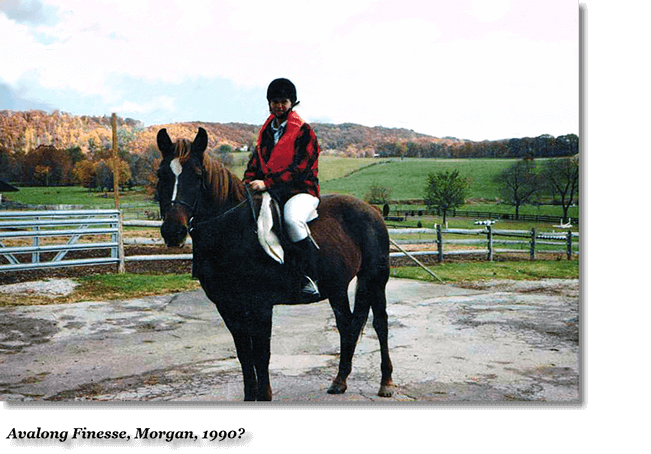 I sound terribly professional. It wasn’t like that. I still needed the comfort of my mother (Mother Nature; my real mother had Alzheimer’s), but my beloved Morgan mare had been struck by lightning and killed (Honestly! I couldn’t make this stuff up.) so rather than trail riding, I walked a lot. When I couldn’t be outside, I did things my ex wouldn’t have liked, such as painting flowers on the walls. I even took a life-sized ceramic woodchuck, put a daisy-decked straw hat on it, and painted its portrait. My friends told me I needed to get a life.

I was trying to do so, working at a no-kill animal shelter while taking in stray cats on my own. Then one day in late 1999, I met a man who wanted a Chihuahua.

His name was Jaime Fernando Pinto, and he’s been around ever since. He loves me out loud. No more obsessive daydreams for me. No need.

It was Jaime who gave me the encouragement and support I needed to get out of the house where the ghosts of husband and children haunted me. I fell in love with a chalet-style home by a lake, moved there, married Jaime, and rediscovered my childhood joy of fishing. Several years later, so that Jaime could retire into a dream of aviation, we moved again, to the Florida panhandle, where we spent a year in a hangar at an airport located in an absolute paradise of a swamp. Every day I watched the wading birds, the long-winged tropical butterflies, the lizards basking. Every night I went out to see the tree frogs, toads, huge silk moths, and snakes. A small (5-foot) alligator attended my 59th birthday party, and 911 had to be called to escort him away! The only thing better would have been if someone had given me a pony.

Jaime and I now live in a real house just down the road from the airport where I still ride my bike, looking for trouble to get into. Other than that, I write, I feed feral cats, I do face-painting for public library fund-raisers, I read, I fly with Jaime over this Edenic place where two of my favorite things, water and forest, come together, and I write some more. Every day is a new story.